On Jan. 25 GME pulled back 51.70% from its high to close the day at $76.79 but what lies behind the massive upsurge warrants closer inspection.

While solid fundamentals often lead to price breakouts in both stocks and cryptocurrencies, the recent interest in GameStop appears to have more to do with the ‘Reddit army’ phenomenon which has seen internet groups go head to head with some of the largest firms on Wall Street. 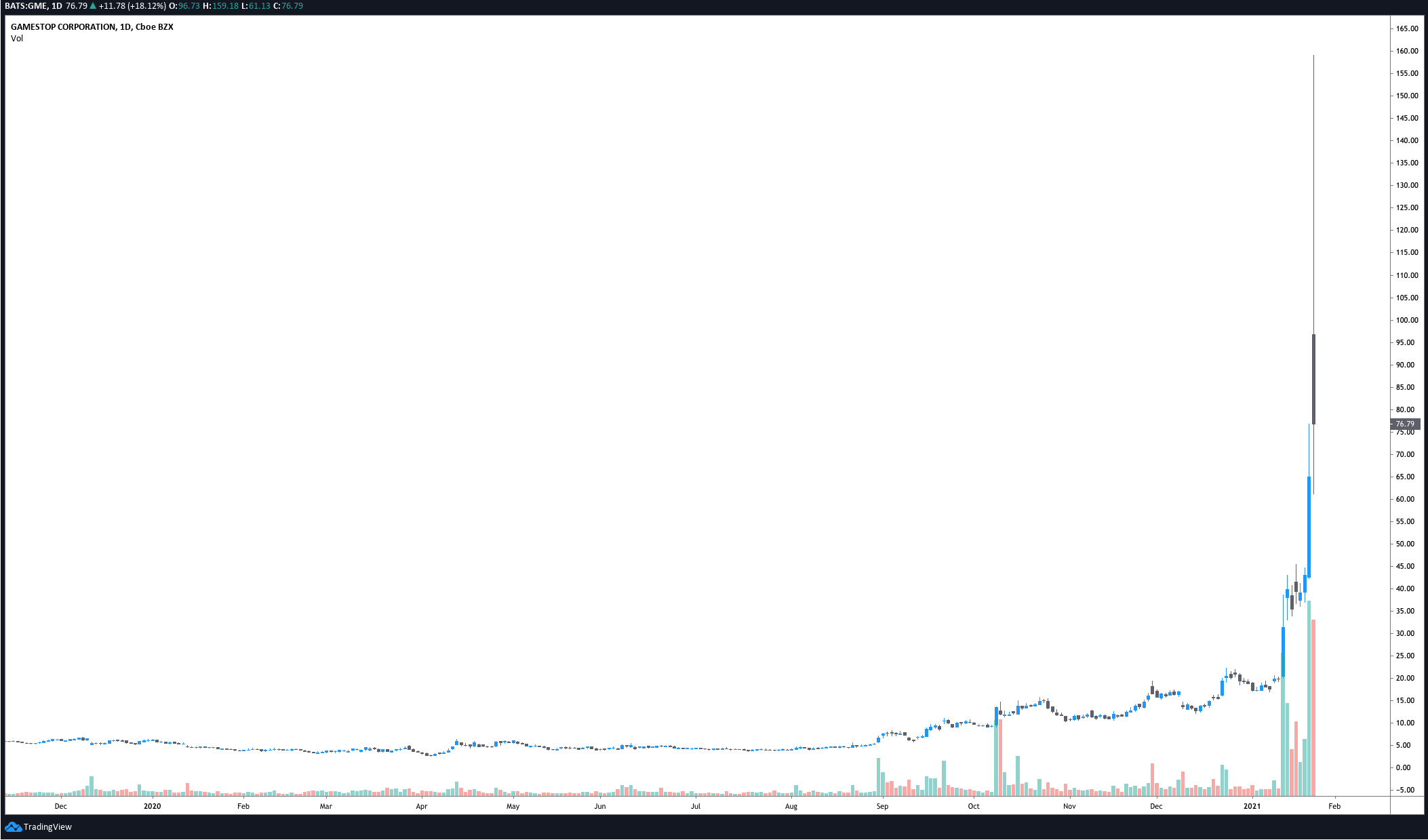 The most well-known instance of this trend in the cryptocurrency sector occurred when a group of dedicated Chainlink (LINK) investors affectionately referred to by many as ‘LINK Marines’ joined forces to spread positive news about the altcoin and also pledged to keep buying it when larger investors devised a plan to short LINK.

In early 2020 the LINK Marines responded to Zeus Capital’s attempt to short the altcoin. When the word got out that Zeus Capital had referred to Chainlink as ‘crypto’s wirecard’ and opened a short position, LINK marines went to work, refusing to sell and pushing the altcoin’s price to a new all-time high by triggering successive short squeezes.

Fallout from the short call also shifted to Nexo Finance as members of the LINK marines discovered a clue allegedly connecting Zeus Capital with Nexo.

Gemini exchange co-founder, Tyler Winklevoss, previously acknowledged the contribution that the LINK marines add to the cryptocurrency community with the following tweet:

“I really appreciate the passion of the $LINK Marines. Their fervor and dedication reminds me of the early Bitcoin and Ethereum communities. Unlike many other crypto armies, they are dedicated to a project that has real promise and technical merit.”

A similar situation occurred with GameStop on Jan.21 after Citron Research announced plans to open a short position as they believed GME price would fall back to $20. The reaction to this announcement was so swift that Citron Research was unable to finish its Twitter live stream due to an overwhelming amount of responses.

Social investing groups are having an outsized impact on stocks

This isn’t the first time a group of investors on a social platform have joined together to pump the price of an asset as a similar phenomenon occurred with Tesla and Netflix stock in 2020.

Analysts had been calling for a drop in the price of Tesla (TSLA) stock since early 2019 and a number of institutional investors opened large short positions only to see its value increase by more than 1000% since that time and help Elon Musk briefly become the richest person in the world. Short sellers who piled in on the advice of the trusted wall street analysts have been crushed by the non-stop move higher.

These moves higher have been powered in part by the Robinhood effect, a term coined to define irrational stock price movements caused by retail buyers on mobile investing apps like Robinhood. Millennial traders high on easy options trading made it possible to pump TSLA and NFLX, triggering a massive short squeeze again and again. 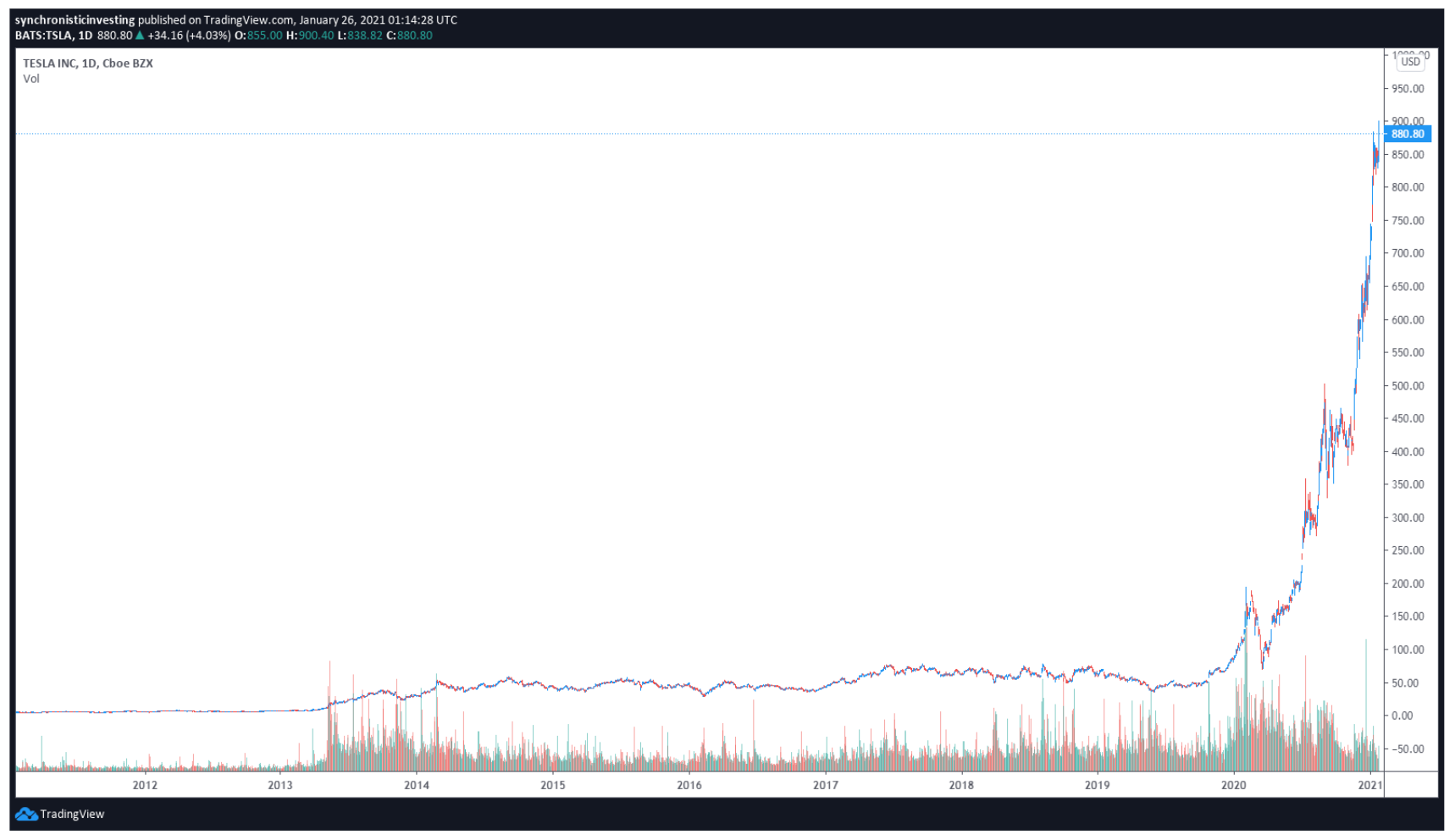 Netflix (NFLX) has also been plagued with calls of an impending price drop for years as analysis showed that the company was burning through cash, losing subscribers to competitors yet still raises prices. Some of the top investment brokerages rated the stock as a ‘sell’ and chat forums were rife with discussions of why Netflix stock should be shorted. 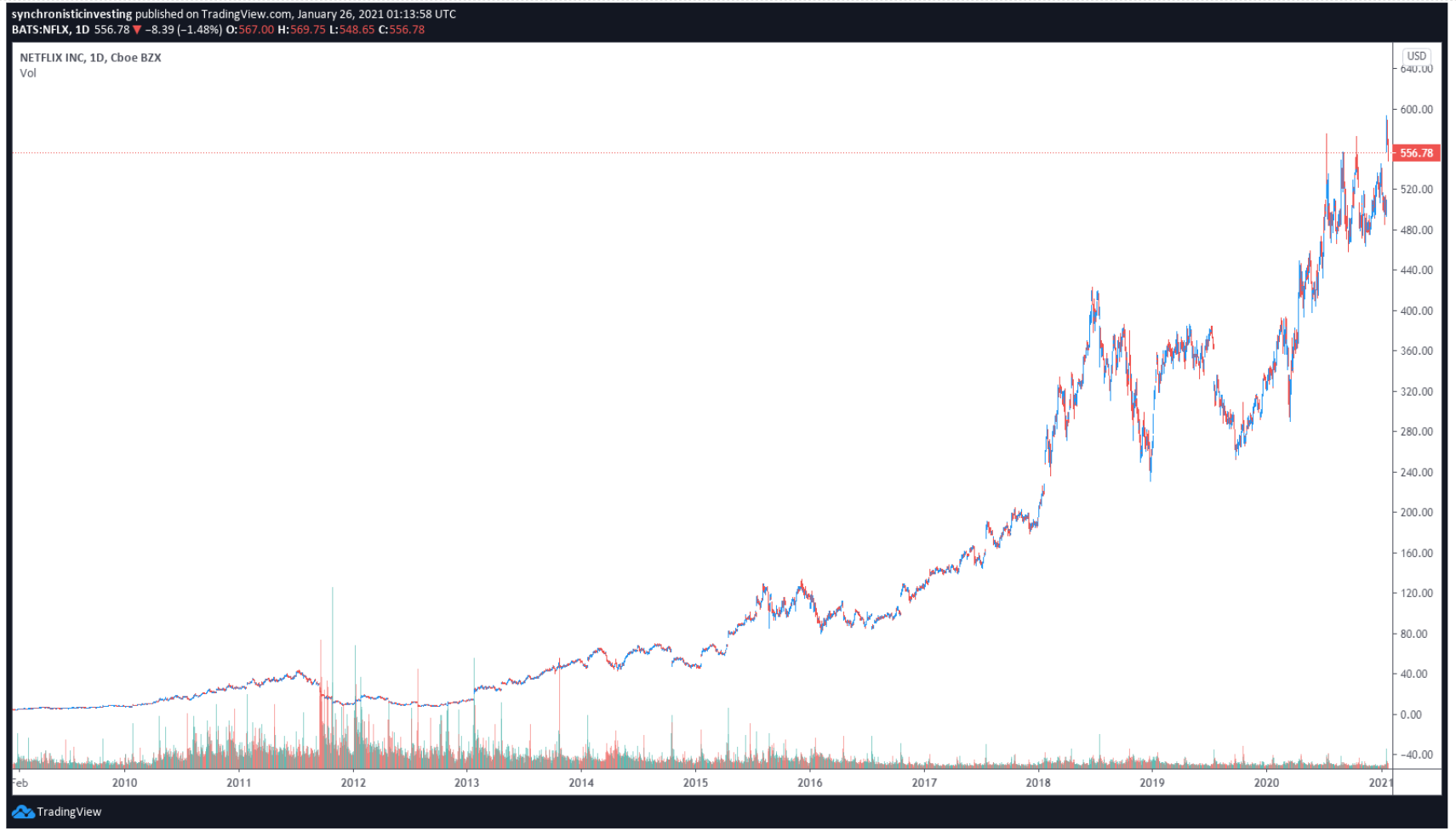 During the time that analysts were writing NFLX off, its price increased from $253 to an all-time high of $586 on Jan. 20.

From Tesla to GameStop, it’s clear that there has been a shift in how investors interact with financial markets and the factors that catalyze price discovery have also changed as retail traders have easier access to market information and analysis.

Threats against short-sellers are nothing new, but what is different in this situation is that it has become “internet vigilantes, and not corporate agents, who targeted the shorts,” as noted by Christopher Smith in a recent thread posted on TradingView.

“The GameStop and Tesla stories prove that retail traders, if they band together, have the power to be market makers and to take on institutions. It also proves that markets aren’t necessarily efficient or rational.”

The cryptocurrency sector appears to be on the precipice of becoming a mainstream investment and as mobile investing platforms gain more market share and the popularity of social investing grows, it’s possible that the same phenomenon seen with GameStop and Tesla will become commonplace with the low market cap, illiquid tokens that populate the crypto market.

Millennials are also becoming increasingly interested in investing and as more of them engage with mobile investment platforms, these social investing phenomena could become more prevalent.

A clear example that the two worlds are beginning to merge can be found on the Twitter feed of Tesla CEO Elon Musk, MicroStrategy CEO Micheal Saylor, and Twitter CEO Jack Dorsey. Each frequently references Bitcoin or other cryptocurrencies like Dogecoin in their tweets and a number of times this has resulted in a temporary price pump of the discussed asset.

As 2021 progresses, it will be interesting to see how mainstream financial markets adapt and change to the growing influence of decentralized groups of united retail investors.